Interstate 583 – A Wild Cat😺 #traveling the 🌎 walking on bluegrass, raising my babies & blessed by the good Lord.

I found myself in the Newark Liberty Airport with a six hour flight delay. After anticipating a minor delay I started straight to the Delta Sky Club in Concourse B to finish up work, plug in my devises and grab a snack.

After about 3 hours in the club and more and more flights stacking up due to the weather in the New York metro area, its getting crowded.

I start to finish what I need of my work for the day to a point where I can hear other conversations around me.

What peaks my interest is a gentleman that said he ran the cameras at North Point Church when it was black and white. I know North Point Church from Atlanta where I live, so I try to eavesdrop more. He again tells a young guy that I run the cameras since it was black and white to now 3 sticks and a boom. I don’t really know what that means but could tell he was passionate. 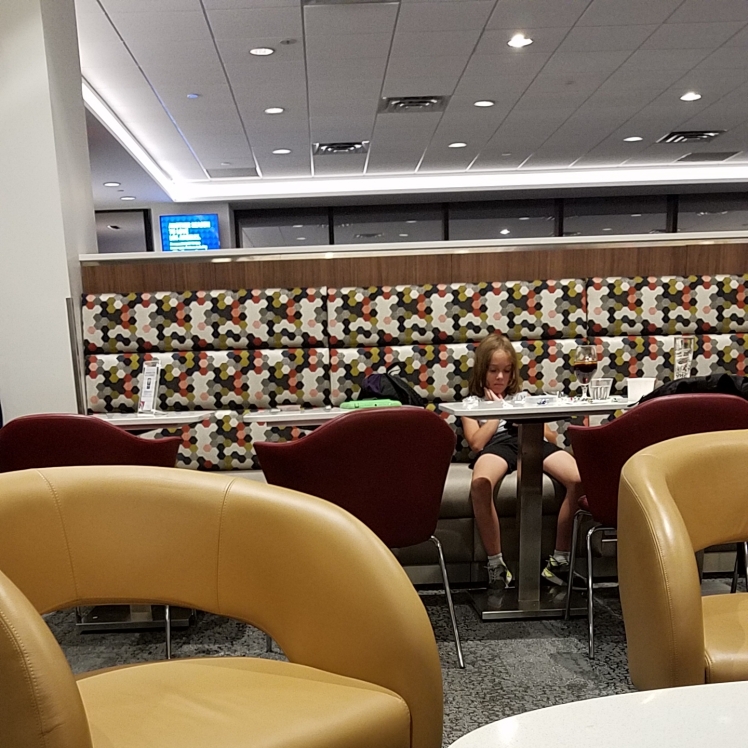 Then another guy with a son maybe 8 or 9 asks what’s your call time, “I used to be a roadie and know call times but I don’t travel on road anymore because of my son now.”

Once he said that, it kicked off the open conversations. A young girl who admitted she was 27, said she was a producer for MTV’s Teen Mom docuseries. Now the cat is out of the bag and all within hearing distance are curious to ask more.

So after 6 plus hours it’s been fun to overhear their conversations and see other comment within a common community of film.